How to Go Grayscale for Halloween 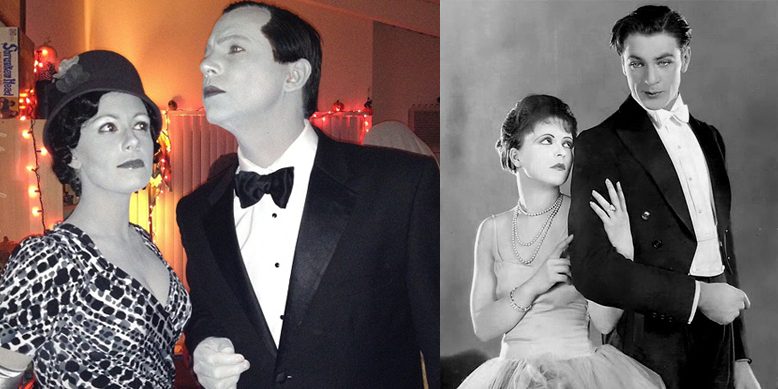 After her photos made it to the front page of Reddit, there were a lot of questions about how she and her partner in crime, Steve Gossett, pulled off their grayscale costume. The answer, in great detail, is below. It looks like an absolute blast, so why not try to go black and white too!

They found inspiration in black and white photos of Clara Bow and Gary Cooper, like the one above, though of course they placed placing theirsimilar-but-not-look-a-like characters into a color world. The most important thing to notice in the photo is that black and white images are entirely shades of gray; it sounds obvious, but many who attempt this look mistakenly use solely white/black make-up and clothes for their “black and white costume”. They tend to look like vampires or ghosts (which is marvelous, just not when you’re trying to look like a grayscale image of a silent era star). Instead, you want as many shades of gray as possible throughout your grayscale costume.

Visit Whitney’s website for a full tutorial, and have a fantastically nostalgic Halloween!! 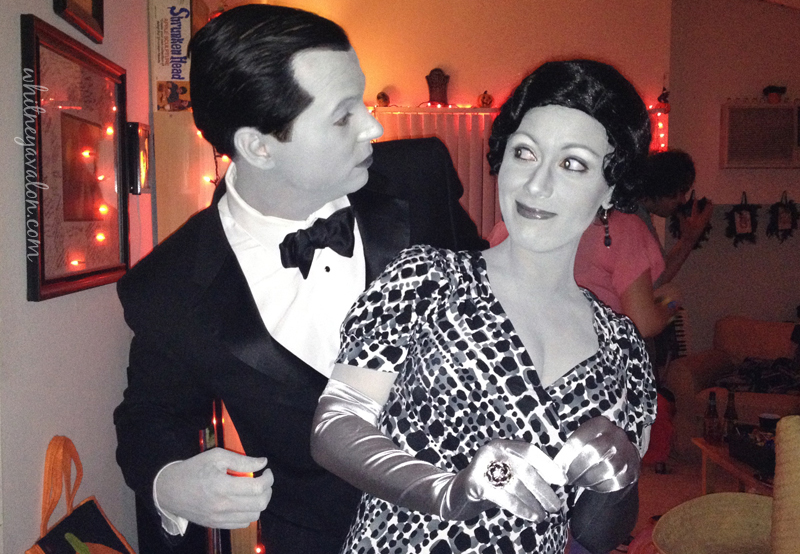 You can see more fun photos from their party here. Babble.com also has a pretty good diy article on the subject.