Are You Man Enough To Try It? 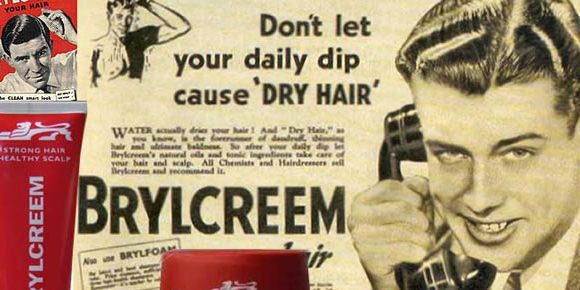 When I hear the word Brylcreem, I am immediately transposed to that dreamy, nostalgic place in the 1950s, which makes me sigh with regret and envy for never having experienced it.  Ahhh… The 50s…  Racial segregation, gender inequality and Joseph McCarthy aside – this fascinating decade really did have its special charm, and of course – absolutely impeccable hair.

Now, for those of you who have either been living under a rock, or belong to the unfortunate bed-headed generation Y and are too young to know better – Brylcreem (pronounced brill-cream) is a men’s hair pomade whose purpose is to keep combed hair in place while giving it a shine or gloss; Basically, a precursor to today’s hair gel.

Well, my friend – think again.  Brylcreem was in fact the very first U.S. Mass-marketed men’s hair product, the classic stuff they say “shaped American history (and rock and roll hair) for over seven decades”.  Just imagine yourself as a young lad in the post-war haze of the atomic era; The stark contrast between the massive repression and conservatism aided by the commie paranoia-laden sentiment of the times – and on the other side of the coin, the rebellion of infectious hip-shaking rock’n’roll and its disciples who eventually paved the way for the sexual revolution…

Brylcreem made its way into both demographics effortlessly.  While you may not have been able to sing or shake your hips like The King, you could sure slick your hair up into a rockin’ pompadour and give’em hell!  But don’t think that you had to be a “greaser” to appreciate the magic of Brylcreem;  The ultraconservative could grab a tube and get that sleek Don Draper brush-back over the side part do which just demands that you be taken seriously.  (Think about it – your grandpa probably did his hair the same way. Unless he was a no-good hip-shakin’ pomp-wearin’ hoodlum, that is… Ahem.) 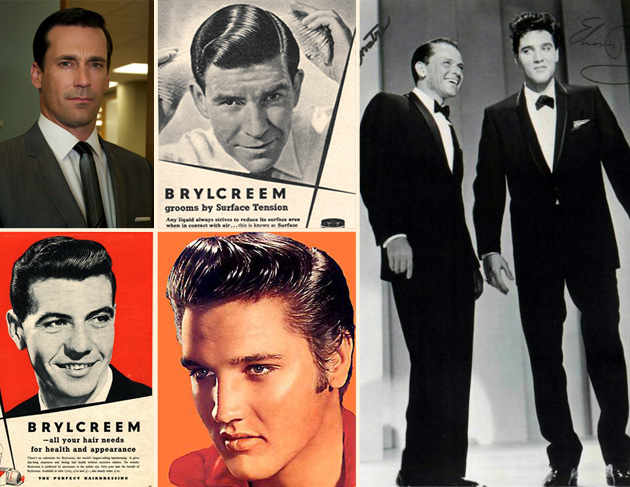 A couple of decades earlier, when it wasn’t yet busy bridging cultural gaps and making waves (pardon the pun), Brylcreem was busy being invented.  Created in 1928 by County Chemicals at the Chemico Works in Bradford Street, Birmingham, England, the Brylcreem pomade is actually an emulsion of water and mineral oil stabilised with beeswax. Other ingredients are fragrance, calcium hydroxide, BHT, dimethyl oxazolidine, magnesium sulfate, and yes – the always appetizing stearic acid. Mm mmm!  Oh – did I not mention that County Chemicals is also noted for Chemico abrasive kitchen cleaner?  But of course.  Reminds me of the horror I experienced when my eyes fell upon the Lysol ad for women’s face cream in my vintage copy of the 1942 Sears catalogue…  (Still makes me shudder)  But – that’s a whole other article.

This brings me to a question… Although Brylcreem does not seem to have any overly toxic, worrisome elements to it, so many products of the day so blatantly did – yet the unassuming public still bought them by the buckets…  How did some of this stuff ever sell I wonder?

You’ve gotta love advertising, that is all I can say.  In the case of Brylcreem, the jingle “Brylcreem — A Little Dab’ll Do Ya!” introduced TV viewers to this greasy substance.  Interestingly enough, apparently Fred Flintsone’s “Yabba Dabba Doo” comes directly from Brylcreem’s famous motto. 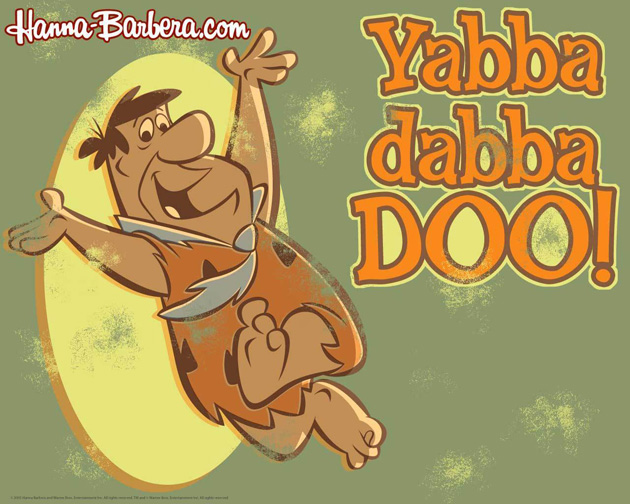 Who knew?  Here is the jingle in its entirety:

Bryl-creem, a little dab’ll do ya,
Use more, only if you dare,
But watch out,
The gals will all pursue ya,–
They’ll love to put their fingers through your hair.

Bryl-creem, a little dab’ll do ya,
Bryl-creem, you’ll look so debonair.
Bryl-creem, the gals will all pursue ya,
They’ll love to RUN their fingers through your hair.

For me, this immediately conjures up images of Draper and his Mad Men feverishly working on a pitch… Though this particular jingle seems a little on the lame side for ol’ Don – so I asked myself; What Would Donald Draper Do?  Well, before I could say “Sterling Cooper Draper Pryce”, the universe spoke to me – he may have very well done something like this:

Can’t you just picture this campaign coming out of the Sterling Cooper offices?  I certainly can. I can also see the “tube girl” becoming another Draper conquest, but that’s a whole other topic…

Though I am unsure of the production origins of this advertising gem you just witnessed, it most certainly hails from the 1960s, and for all we know is also quite possibly a product of Madison Avenue genius of the time; The “Little Dab’ll Do Ya!” campaign, on the other hand, is apparently considered one of the 100 Top Advertising Campaigns of the Century, right alongside Volkswagen’s legendary “Think Small” campaign, and Leo Burnett’s Malboro Man campaign – which was incidentally conceived by Draper Daniels, the real inspiration behind  Donald Draper’s fictional character. (The Brylcreem campaign was created by Kenyon & Eckhardt in the 1950s, see source)

You can read more about Brylcreem on Wikipedia and beyond.  Though its popularity waned once the shaggy-haired Beatles hit the scene in the 60’s, Brylcreem is still on the market to this day – you can check out their current website and the new evolution of Brylcreem wares here.

As for me – I am off to bed, with dreams of having my heart broken by Don Draper, and my tears licked off by Cry-Baby.  Thank you, Brylcreem!  And to all a good night.