How To Make a Dress Without Sewing 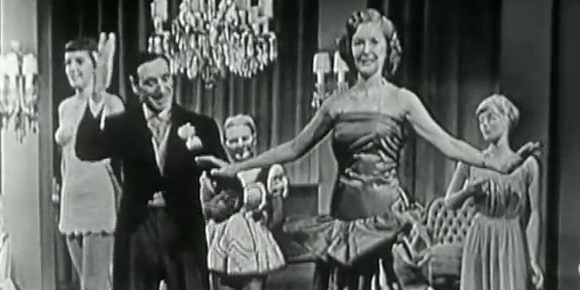 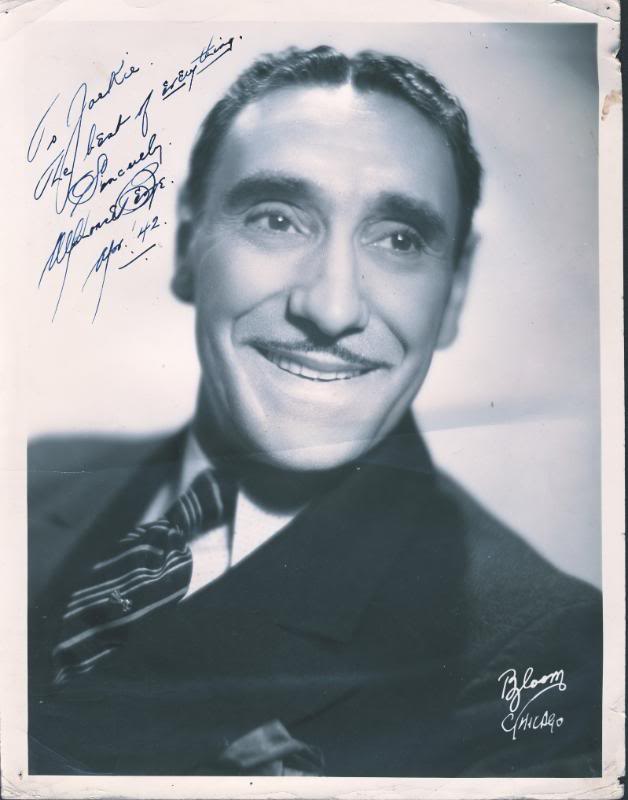 Now, you may know how to tie a sarong for a day at the beach, and you might even be a rockin’ seamstress capable of sewing impressive vintage frocks; Still, the Great Drapo can make a dress faster than anyone… without a sewing machine!

Alphonse Bergé, a quirky character with an ingenious idea, appeared as the Great Drapo for millions of visitors to the legendary New York World’s Fair in 1939/1940, and took his act to night clubs, Vaudeville, and even Hollywood. He could famously fashion a dress from a bolt of fabric in a cool 20 seconds using a live model – and that alone, was his claim to fame.

Surprisingly enough, there isn’t much information about him on the web, although it he has a healthy IMDB profile which attributes minor roles in titles such as Ali Baba and the Forty Thieves and The Helen Morgan Story to his name.  He also appeared as himself in a few titles during the 1940s, including a handful of little-known musicals, a Bing Crosby Flick, and a Richard Arlen picture, which is available in full on YouTube (and fast-forwarded here to Alphonse’s moment in the spotlight for your viewing pleasure farther down in this article).

His last documented appearance seems to be in a 1965 episode of the long-running Saturday night variety show The Hollywood Palace.  Of course, Bing Crosby was the most frequent guest host on The Hollywood Palace (other frequent guest hosts included Sammy Davis, Jr., Jimmy Durante, Don Adams, Fred Astaire, and Judy Garland) – so I wonder if Bergé’s appearance in Double or Nothing, the Crosby picture I mentioned earlier had anything to do with that… Hmmmm…

Anywho – here he is in action in an early 1950s television appearance, for your viewing pleasure: 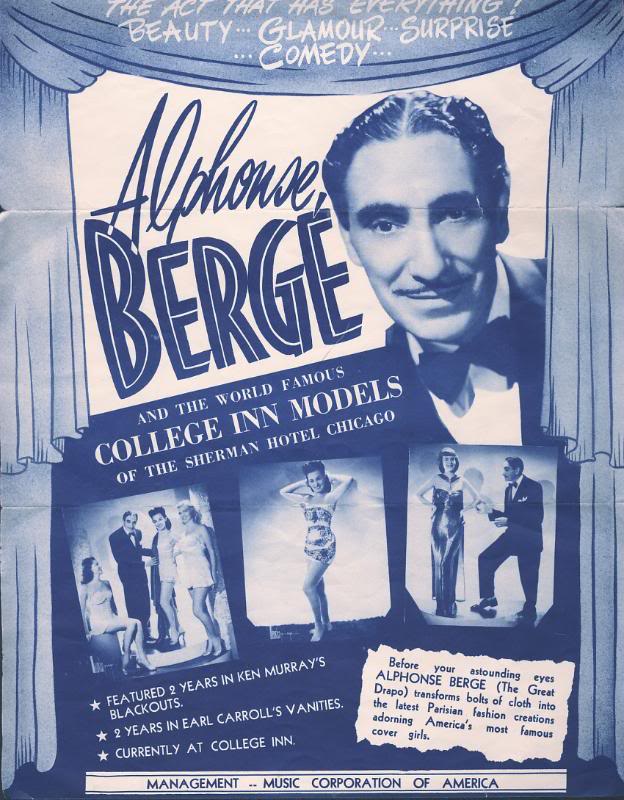 Bergé’s full stage name was stated as “The Great Drapo, the Lighting Dress Designer”, and if you just watched the video you will agree – the man could move!  “Lightning-fast”, even at the twilight of his career.

Born circa 1895, Alphonse got his start as a London window dresser. Aside from allegedly being imitated on Broadway by Ed Wynn, the highlight of his career seems to be his sensational performance at the Rayon Exhibit at the New York World’s Fair, although he had been doing similar shows for over 30  years in movies and vaudeville by that point.  This silent 1923 short archived by British Pathé, one of the oldest media companies in the world, shows just how long Alphonese spent honing his craft.

I have seen many contemporary DIY trends for no-sewing dresses – but no matter what, there will only be one Alphonse.  Just look at that fabric fly in this series of photos published by Life Magazine in 1940! 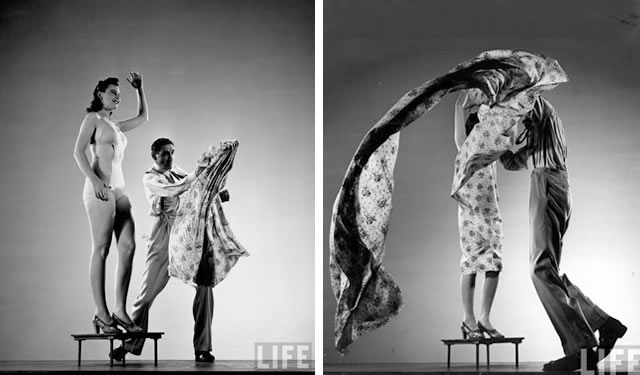 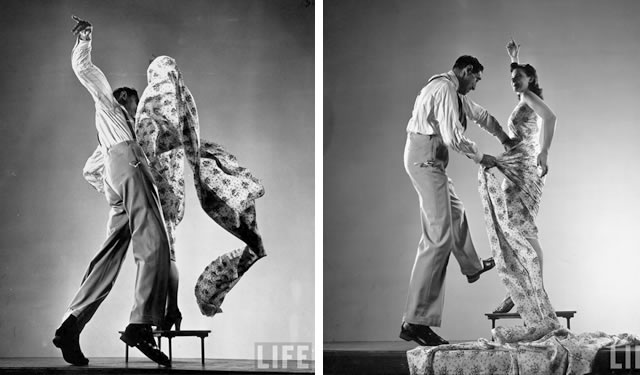 After his last twist, Bergé tightens the waist, ties an elastic around it. 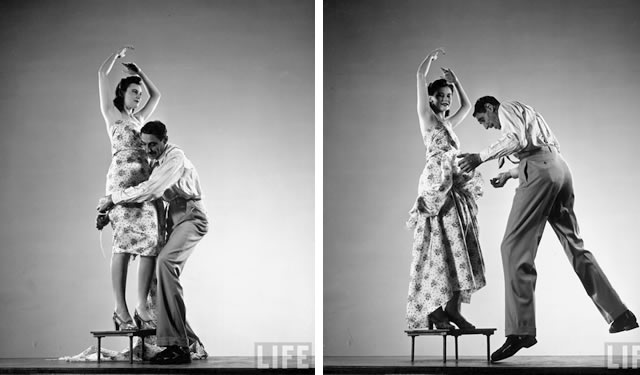 Remaining material is pulled through elastic for flounces of finished dress 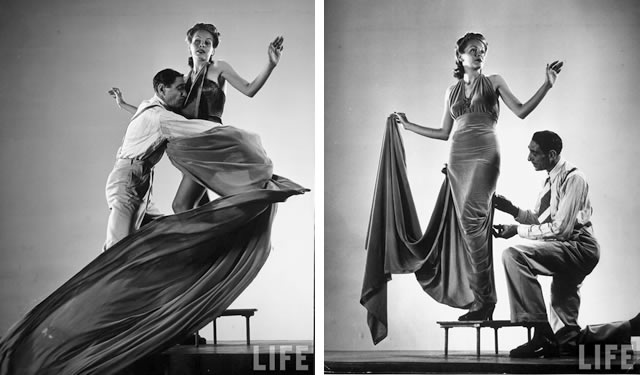 Holding one end with his chin, Bergé flicks material about model. In 20 seconds, velvet haltered-necked gown is all completed. 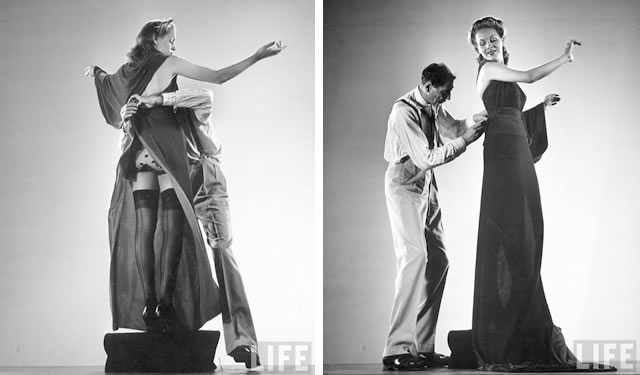 Starting from sleeve, Drapo tightens waist with one single swoop. Final step is a pin to hold this single-sleeved evening dress.

So why not honour this great artist by trying a little drapery magic of your own?  Let me know how it works out, as I leave you with some more inspiration, courtesy of The Great, and hopefully not forgotten Drapo: